“A TEMPLE IS LITERALLY A HOUSE OF THE LORD, a holy sanctuary in which sacred ceremonies and ordinances of the gospel are performed by and for the living and also in behalf of the dead. A place where the Lord may come, it is the most holy of any place of worship on the earth. Only the home can compare with the temple in sacredness.” 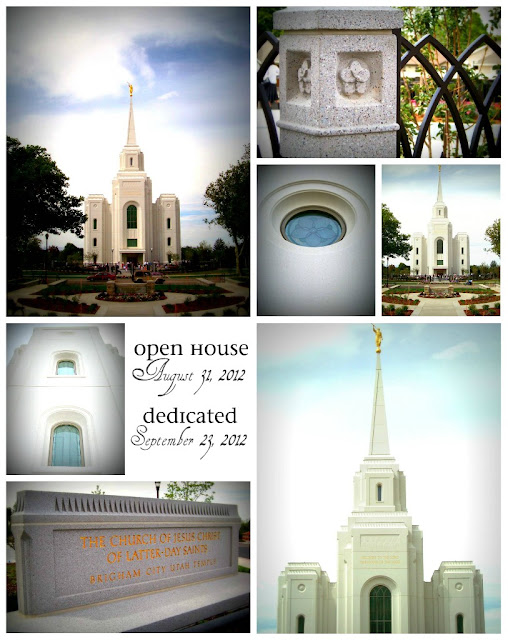 More than one month ago the Brigham City Temple was opened to the public, prior to dedication, for tours. I immediately knew that my family should be apart of this. Brigham City is a 60 minute drive from our home. Which is oodles closer than many members of the church drive to get to a temple on a regular basis.

Leah is at a very ripe age, spiritually. She's just starting to understand the concepts that she's heard and recited about the gospel for a few years. Leah is fairly sensitive and pensive, there is usually a lot more going on in her mind than she is willing to talk about. I love this about her. I think it will serve her very well in the future. It was neat watching her in the temple. We were instructed to be very reverent and if we needed to speak only to do so in whispers. It was so enjoyable to watch her look at the beautiful finishes. We discussed the baptismal font a little bit, and how you get to go into the Celestial Room. As predicted, she didn't say much. But a lot was happening behind those big brown eyes of hers.

Parker can spot an Angel Moroni from miles away (a day or two after the open house Parker asked his Grandpa Tom, "Why we saw you on top of the temple Grandpa?". We're lucky enough to drive by three of them on a regular basis. He did his best during the open house. He tried to stay reverent and keep his arms folded, but there were a lot of stairs and a lot of people. You can only ask so much of a little guy. Although it was really neat to be in the temple with my little family. Although un-dedicated at the time, the purpose of the temple is very eternal, and it was really neat to share that with my own little family.

When I was a young woman and working on Personal Progress the program was slightly different. Instead of working on one ten hour project for each value, we had to complete four 20 hour projects during our Laurel years. One of the projects I chose to do was 20 hours of temple service. At the time there were two temples (Jordan River and Salt Lake) within 15 minutes of my home and four more (Logan, Bountiful, Mount Timpanogos, and Orem) within a two hour drive. A friend and I frequented these temples doing baptisms for the dead that totaled at least 20 hours. One of my favorite experiences was the day that we we started out doing baptisms in the Logan Temple, and headed down to Bountiful, then Salt Lake, and finished in Jordan River. This was a time in my life that I felt very close to Heavenly Father. I feel like I knew His plan for me and who I really was.

A few years later I received my endowments. One month later, Matt and I were sealed and married in the temple. These were both very special experiences that I will never forget.  The picture of my life that I feel Heavenly Father had given me, was getting a little more clear. My eternal family was starting to take shape. My personal journey was being made on a sure foundation. 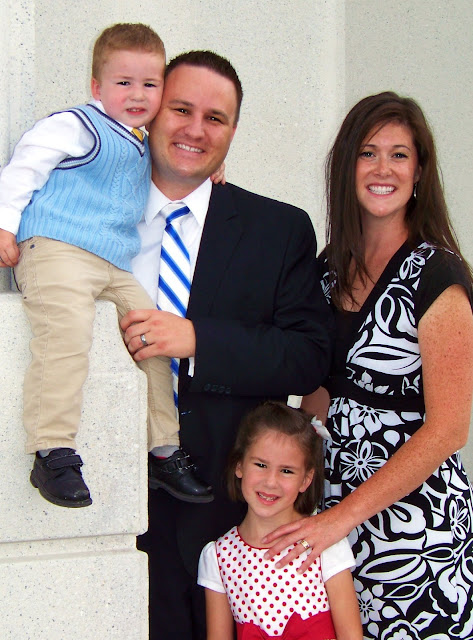 A few years later I started to lose that vision. There was a period of my married life that I didn't feel very close to Heavenly Father or my Savior. I said and did all the right things, but was only trying very superficially. I didn't go to the temple for about three years. Not because I couldn't, but because I didn't. I was being lazy. One evening, I did go back. And I hope to never forget the experience I had that night. I've never felt Heavenly Father's love and acceptance more than I did during that session. Thing were clearing up for me. It was around that time that I really examined what my life was. I asked myself some very hard questions and got some very real answers. I knew I needed to start living up to the person Heavenly Father knew I could be.

That's why the temple is so important to me. It is a physical place on earth, where I can go to catch a glimpse of my eternal self. What trust Heavenly Father must have in His children to give us temples. 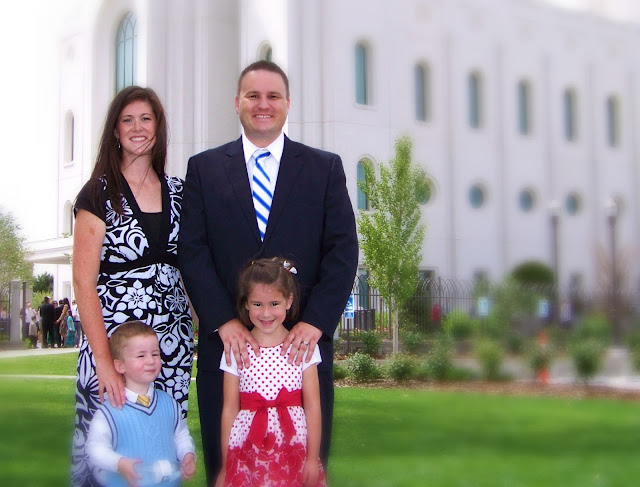 Melanie, that was beautiful. The photographs and your words. Thanks for sharing your feelings and experiences.

"That's why the temple is so important to me. It is a physical place on earth, where I can go to catch a glimpse of my eternal self. What trust Heavenly Father must have in His children to give us temples." Love that you shared your experiences of the temple! And loved the pics!

What a beautiful family you have! Thank you for sharing what's most important, and what it means to you.