Alright, so I woke up today. YEAH! The morning has gone well, very smoothly in fact.


But wait, IT'S ST. PATRICK'S DAY.
Huh?
Apparently, time has gotten away from me. There is no green on me or my cute little family. Oh well.
In honor of St. Patrick's Day, I will repost my two entries from St. Patrick's Days past. Love the first, but the second is quite boring.
March 17, 2009 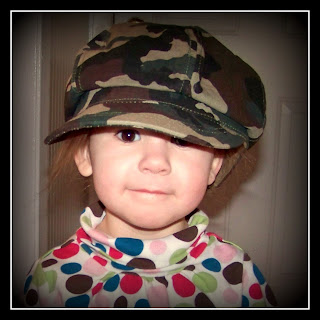 I was making dinner and Leah came up to me with an already unwrapped piece of candy in her hand.

She perkily asked, "Momma, can I?"

I, just as perkily, replied, "After dinner."

Leah pops the candy into her mouth.

Uh, can you say time-out?

At first when I google'd ST. PATRICK'S DAY it pulled up, of course, wikipedia. And while I have, in the past, found some of wikipedia quite useful I decided to go for the History Channel's version. I think it's a little more... well... documented. By the way, does anyone else find the above picture of a 3 Leaf Clover Tongue disgusting? Sick.

St. Patrick is believed to have driven the snakes from Ireland. Once a pagan himself, St. Patrick is one of Christianity's most widely known figures. The modern holiday is based on the original Christian saint's feast day also thought to be the date of the saint's death. In 1737, Irish immigrants to the United States began observing the holiday publicly in Boston and held the first St. Patrick's Day Parade in New York City in 1766.

At the age of sixteen, Patrick was taken prisoner by a group of Irish raiders who were attacking his family's estate. They transported him to Ireland to remain imprisoned. After more than six years as a prisoner, Patrick escaped. According to his writing, a voice-which he believed to be God's-spoke to him in a dream, telling him it was time to leave Ireland. To do so, Patrick walked nearly 200 miles from County Mayo, where it is believed he was held, to the Irish coast. After escaping to Britain, Patrick reported that he experienced a second revelation-an angel in a dream tells him to return to Ireland as a missionary. During Patrick's time as a missionary, he infused traditional Irish ritual with Christianity. For instance, he used bonfires to celebrate Easter since the Irish were used to honoring their gods with fire. He also superimposed a sun, a powerful Irish symbol, onto the Christian cross to create what is now called a Celtic cross, so that veneration of the symbol would seem more natural to the Irish.

Many associate St. Patrick with the banishing of snakes from Ireland with only a wooden staff by his side. In fact, the island nation was never home to any snakes. The "banishing of the snakes" was really a metaphor for the eradication of pagan ideology from Ireland and the triumph of Christianity. Within two hundred years of Patrick's arrival, Ireland was completely Christianized.

The shamrock, which was also called the "seamroy" by the Celts, was a sacred plant in ancient Ireland because it symbolized the rebirth of spring. By the seventeenth century, the shamrock had become a symbol of emerging Irish nationalism. As the English began to seize Irish land and make laws against the use of the Irish language and the practice of Catholicism, many Irish began to wear the shamrock as a symbol of their pride in their heritage and their displeasure with English rule.

Leprechauns had nothing to do with St. Patrick or the celebration of St. Patrick's Day, a Catholic holy day. In 1959, Walt Disney released a film called Darby O'Gill & the Little People, which introduced America to a very different sort of leprechaun than the cantankerous little man of Irish folklore. This cheerful, friendly leprechaun is a purely American invention, but has quickly evolved into an easily recognizable symbol of both St. Patrick's Day and Ireland in general.